"Bureau of Investigations (later FBI) employees in 1929 examining fingerprints." FBI.gov
Click on button to jump to section on page

In the 1930s, kidnapping legislation varied per state and law enforcement had jurisdiction only within their state. When a kidnapper crossed state lines, the police had to coordinate with the other state in a time consuming process. Any time lost during kidnapping investigations severely lessened the chances of the victim being safely recovered.

The Lindbergh kidnapping brought the possibility of kidnapping into American homes and outrage caused demands for legislation. 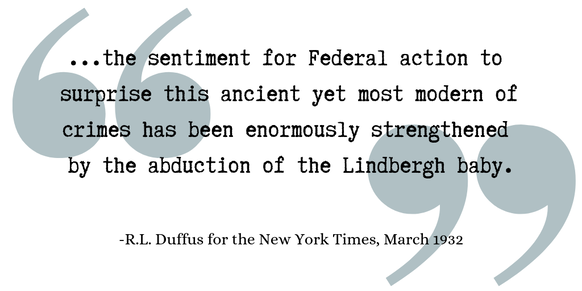 "I can think of no crime which tugs at the heartstrings and causes more anguish to a father and mother than the kidnapping of a child. I am glad that a committee at this time has under consideration several kidnapping bills. I appeal to you as a parent and grandfather that when these bills come before the House they will receive support from all members, not only from New Jersey, but from all the States."
-Representatives George N. Segar, Republican of New Jersey, 1932 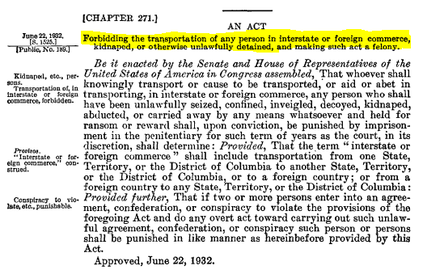 Legisworks.org
This was Federal Kidnapping Act 18 U.S.C. Code 1201 or the "Lindbergh Law". The Lindbergh Law made the transportation of kidnapped persons across state laws punishable by imprisonment as a Federal offense. 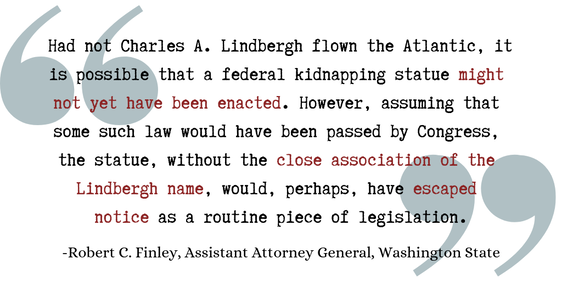 The bill also stated that if the victim was not returned within a week, the FBI gains jurisdiction over the investigation, disentangling them from local politics, an issue in the Lindbergh case. The profusion of groups involved had complicated and delayed the investigation.

The Lindberghs were never considered suspects, nor were employees of the family heavily scrutinized at the direction of Charles Sr. Today, they would be the first investigated. 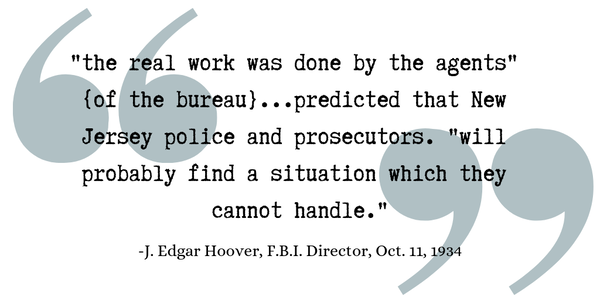